Why WhatsApp is evil 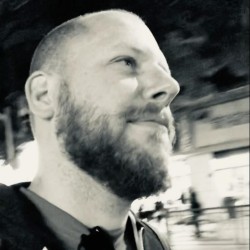 I was already for a while considering dropping WhatsApp, I got rid of my Facebook, Google and other “social media” accounts a longtime ago. But due to the large use of WhatsApp around me I felt forced for a longtime to just use it. But after a long reflection, mainly due the practices of the company behind it I have finally decided to bite the bullet. I have a healthy distrust for companies that gather your personal information, like Facebook, Google, Twitter and the likes. They make you the product and (ab)use your private and personal data as good to trade and sell. And I’m not even talking about the social distortion they cause with their personalized searches and feeds. They establish a confirmation bias amongst user groups that get stuck in their own echo chamber, only to keep them longer on their platform for their gains. This has social consequences and I wish not to support that in any form.

Below are some publicly known issues with WhatsApp, also note that WhatsApp does not get audited by any independent party, so who knows what Facebook is doing with your data.

Whatsapp Knows Enough About You Despite End-to-end Encryption

WhatsApp can’t look into your conversation logs, see your pictures or listen to your audio recordings. But it knows when you spoke to whom. WhatsApp also has access to your address book and can read your shared memory. WhatsApp can synchronize its data with its parent company Facebook and hone in on your profile.

Sure, WhatsApp is end-to-end encrypted, but the most recently discovered flaw doesn’t affect that aspect of the service. Last week, I detailed how WhatsApp group chats are easily found via a Google search, because the search engine was indexing links to conversations intended to be private.

Privacy advocates were soon up in arms as tech site Vice found phone numbers belonging to 48 participants in a group chat between non-governmental organizations accredited by the United Nations.

But suddenly, the links to chats were no longer available on Google. A source told me this is due to a quiet change made by WhatsApp owner Facebook, which prevented the conversations being indexed by Google.

In addition to having your messages at risk with WhatsApp, when you use the program, your metadata is also at risk. When the two companies made a $19 billion deal it unfortunately put many user’s information at risk. Metadata is information such as who you chat with, how often you chat and which group chats you are a member of. This information is stored by WhatsApp and it’s also easily transferred to Facebook. Even worse for users is that you can’t opt-out of this either.

While most users don’t even realize it, when they start using group chats, there is an almost certainty, that their chat is going to be stored in the cloud and there is no way to opt out.

In three-person group chats through the messaging service, there is an 87.5% probability that the chat is being stored in the cloud, and the number increases with the more members that join the group chat. For groups of five members it is nearly 97% and for those with seven it is 99%. Simply put, there is virtually no such thing as encrypted group chats in WhatsApp.

Building a GUI application with PyQt on MacOS

A sysadmin by day and a coder by night. Working as a senior Linux system engineer with plus 20 years of experience. I write about Linux, tech, code and other things that have my interest.